Look for excellence, Success will followRead what our students are saying about us...

You are here: Home    About Us

2IIM coaches students for taking up the CAT, to pursue post-graduation in Management within India. We offer the following options for a student looking to prepare for the CAT:
1. Online CAT Coaching - A CAT online coaching course with videos, quizzes, practice tests, and slideshows, built to teach every aspect of the CAT Syllabus from scratch, all the way up to CAT Level.
2. CAT Coaching in Chennai - Our CAT classroom program at Chennai is conducted with small batch sizes.
3. CAT Study Material - Our printed study material, that covers the CAT Syllabus, and provides plenty of practice questions.
4. Online Mock CAT Series - 2IIM's series of Mock CATs, that mimic the CAT to give students a good idea on what to expect from the actual CAT.

2IIM has a distinct Teaching Philosophy, built on the belief that the fundamentals are very vital and everything can be learnt well if the basics are learnt thoroughly. We place very high value on building the thought process, and spend an inordinate time in classroom trying to build this. Rule-based learning gives one an illusion of having covered a lot of ground, but is not sufficient for cracking CAT.

2IIM is part of the Fermat Education group that was founded by K Saravana Baskar in 2001, and is currently run by Rajesh Balasubramanian. Rajesh and K. S. Baskar are alumni from the IIMs. 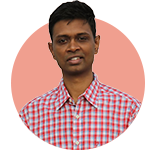 Rajesh completed his Electrical engineering from IIT Madras in 2001 and PGDM from IIM Bangalore in 2003. Post MBA, Rajesh worked with ITC and Irevna, before joining Credit Suisse. Rajesh spent a few years as a banker before joining 2IIM as a director in 2010.

Rajesh started teaching for CAT in 2003. He claims he visited all CAT coaching centers in Chennai, in search of something useful to do in the 2-months break prior to taking up his role at ITC (we doubt this. He probably joined the first Company that would let him teach). 2IIM, being the best institute even back then, asked him to come on board and thus started the journey as a teacher. He spent 2003 to 2005 as a part-time faculty for 2IIM in the formative years, and realized that he relished addressing students and training them.

In the time from 2005-2009, he worked as an equity Research Analyst at Credit Suisse, London. This was an enriching experience, in a literal sense; and a soul-sapping experience otherwise. He finally quit his job in 2009 and joined 2IIM as director in 2010.

Rajesh has created almost all the content for the mock CAT series, and has supplemented the reviews with a series on test taking strategy. He blogs about the CAT at https://iimcat.2iim.com/, https://catscores.2iim.com/ and contributes to several publications, including the Hindu, Rediff and MBAUniverse. Rajesh has also written a book on CAT preparation, titled "Quantitative Aptitude for CAT".

He is a keen writer and blogs at suddhospeak.blogspot.in as well. 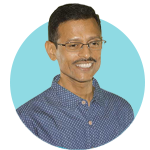 Baskar founded 2IIM and continues to head the parent company. He is a Mechanical Engineer from College of Engineering, Guindy, Class of 1991 and completed his PGDM from IIM Calcutta in 1994.

Post his Mechanical Engineering, Baskar joined the venerable Larsen and Toubro in Mumbai. Once in the job, he realized that for all its strengths, L&T was going to be a tough place to make a mark and threw everything into his CAT preparation. He cracked CAT 1991 and joined IIM Calcutta. Upon completing his PGDM from IIM-C, Baskar spent two years at Kotak Mahindra Finance living it up in an Investment Banking career. He soon got bored, and decided to take up the entrepreneurial route.

He started a number of ventures, with the most notable being a CAT coaching institute in Pune, a medical transcription company in Madurai and then a dotcom Company in Chennai (He has seen it all).

Among all this, the dotcom company is really the one that got away (the other two have helped in laying the foundation for future successes). He started the Company pre-boom, managed to keep external funding at bay for a short while; then finally consented to having investors bring in funds into the firm. As luck would have it, just as investors were preparing to go headlong, the dotcom bust happened, and things ground to a halt.

In many ways, this was a good result. If he had become one of those heady dotcom start-up success stories, 2IIM would never have happened. In hindsight, it is great for the rest of the world that the bust happened when it did. And knowing Baskar, I think he would have never been able to live it down if the bust had happened after he had collected his gazillions.

In any event, Baskar started Ascent Education in 2001. Ascent Education has been training students for the CAT exam ever since (although Baskar's teaching experience predates this). The brand 2IIM came into being a few years later. In the first few years, it was practically a one-man show, with Baskar the counselor, marketer, teacher, web-developer doing everything. Slowly, Ascent Education expanded, the company now has presence in two cities, across five product categories. There are four different learning centers in Chennai alone.

Baskar has taken CAT more than 10 times and cracked it a number of times. He is probably one of the most experienced trainers in the country. In spite of all this experience, he retains his curiosity and his desire to spend maximum time with students. He probably clocks in the maximum hours in classrooms at Ascent Education even in 2012. In every calendar year since 2001, Baskar has spent at least 500 hours in classroom training students for aptitude-based examinations.

He has coached many of the faculty members at 2IIM and therefore has the license to take many liberties with them. I (Rajesh Balasubramanian) joined as 2IIM's first part-time faculty in 2003, and have learnt a lot about teaching from Baskar ever since. 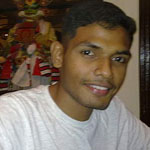 Vimal runs 2IIM at Bengaluru. Vimal is also an engineer from Collge of Engineering, Guindy, Chennai. He completed his PGDM at XIM Bhuvaneshwar before starting 2IIM Bengaluru. Although he has spent time with Tata Motors and Infosys, Vimal was always an academic at heart and it was no surprise when he took to the education sector.

Vimal has an enormous amount of enthusiasm for pure mathematics and is the most likely among the three of us to engage in a discussion on the third and fourth roots of a biquadratic equation. 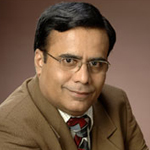 Uday as he is affectionately known is a graduate in Commerce from Loyola College and done his PG in HR from XLRI. While working in Murugappa and Rane Groups he held senior positions in HR.

He launched CORE MIND in 1993. Over the last 20 years, he has conducted incisive training programs carried out consulting interventions in more than 450 organizations belonging to Manufacturing, Services,IT, ITES, BPOs, FMCGs etc across India and abroad equipping over 24,000 Leaders, Managers and Executives.

During the last few years, he has been specializing in the areas of Leadership, Organization Development [OD], Mentoring, Coaching and Change Management, in addition to offering a wide range of consulting services and Facilitation Support.

Mr. Udaykumar handles personal interviews for 2IIM, and is a huge influence on students about to go in for their MBAs. Read More about Mr. Uday. 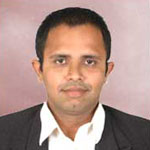 Srivatsan is an Engineer from St. Peters College of Engineering; he completed his PGDM from NITIE after his engineering. He is a very enthusiastic problem solver and has been keen on solving non-routine problems right from his school days in the mid 90s. Rajesh and Srivatsan were classmates in school competing against each other in Math Olympiads and so have a very good rapport. 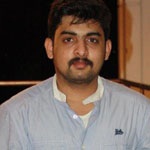 Shivram is the youngest member of the team and so perhaps the closest to being an idealist. He is an engineer from College of Engineering Guindy (We have so many from this college. Even we have not been able to figure out why). He is uber-keen on completing his UPSC and very soon we should have an IAS / IPS on our hands. He is set to graduate from IIM-A in 2015. 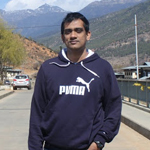 Venkatesh completed his engineering from Bharath University, and went on to pursue his MBA from XIMB. He has been working with Cognizant for the past several years, although his preferred avocation is to teach for 2IIM. He is well known in quizzing circles for his knowledge of abstruse topics. 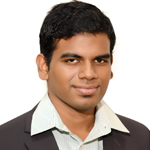 Vignesh Thiyagarajan is yet another Engineer from College of Engineering Guindy. Currently, he is a consultant at Deloitte.Vignesh loves teaching. Prior to Ascent connection, he was teaching math and physics for High school students.He has been associated with Ascent for 2 years. He handles Quants and Data Interpretation for us.

His Favourite Topics : Geometry and Percentages.
He is passionate about poetry and has published a few books. With Lemon tea, he shares insights on Geometry and number theory in a poetic fashion. 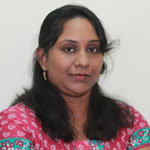 A commerce graduate from Guru Nanak College, Swetha topped the TANCET exam in the year 2005. She completed her MBA from the renowned Anna University in 2007. She was also our CAT student in the year 2005 and when we realized that she was not keen on a corporate job post MBA, we immediately asked her to come on board. A wonderful teacher, she combines strong fundamentals with a keen awareness of what kind of tricks are required to crack competitive exams such as CAT. She has also been taking CAT almost every year for the past few years. She has been involved in building the course content at 2IIM for the verbal sections. 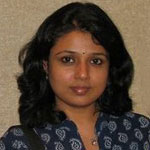 Ranjeetha is an engineer from SRM Engineering College - Class of 2001. Post 2 years in the Software industry, Ranjeetha completed her MBA from Great Lakes, Chennai in 2005 (the first batch at Great Lakes, Chennai). She worked for a few years in London as a pre-sales manager at assorted Tech Companies. Fortunately for us, she returned to Chennai soon after and decided to stay away from the Corporate Sector. When we see a decent teacher, we do our bit to force them to handle batches for us. Ranjeetha handles verbal reasoning. 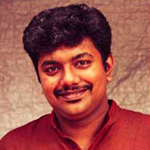 Manu Srinivas completed his Engineering in 2008 after which he pursued his PGDM in Communications Management from MICA Ahmedabad. Post his MBA, Manu joined Ashok Leyland which turned out to be a very short stint as he quit his job to follow his passion and started his own venture, Kaapicheenu, in 2012. Kaapicheenu is a unique filter coffee kiosk brand which provides filter coffee & traditional snacks in an on the go format at pocket friendly price points. Kaapicheenu believes in bridging tradition and modernity with its innovative and exciting recipes. Manu also loves teaching and has been associated with Ascent for 3 years. He handles Quant's and Data Interpretation for us. 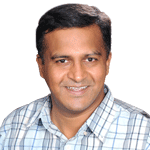 Venkatesh is a B.A. Sociology graduate from PSG College of Arts & Science, Coimbatore (1991). He was a classmate of Baskar, and completed his PGDM from IIM Calcutta (92-94). Post MBA, Venkatesh has been wedded to the IT sector. He started his career at Wipro Systems (94-96), spent some time with California Software (96-98) and Trigent Systems (98-2001). He then started Maarga Information Systems Private Limited, and is the CEO of one of the best-run Lotus Notes Companies in the world. He also spends time with our students for their personal interviews.